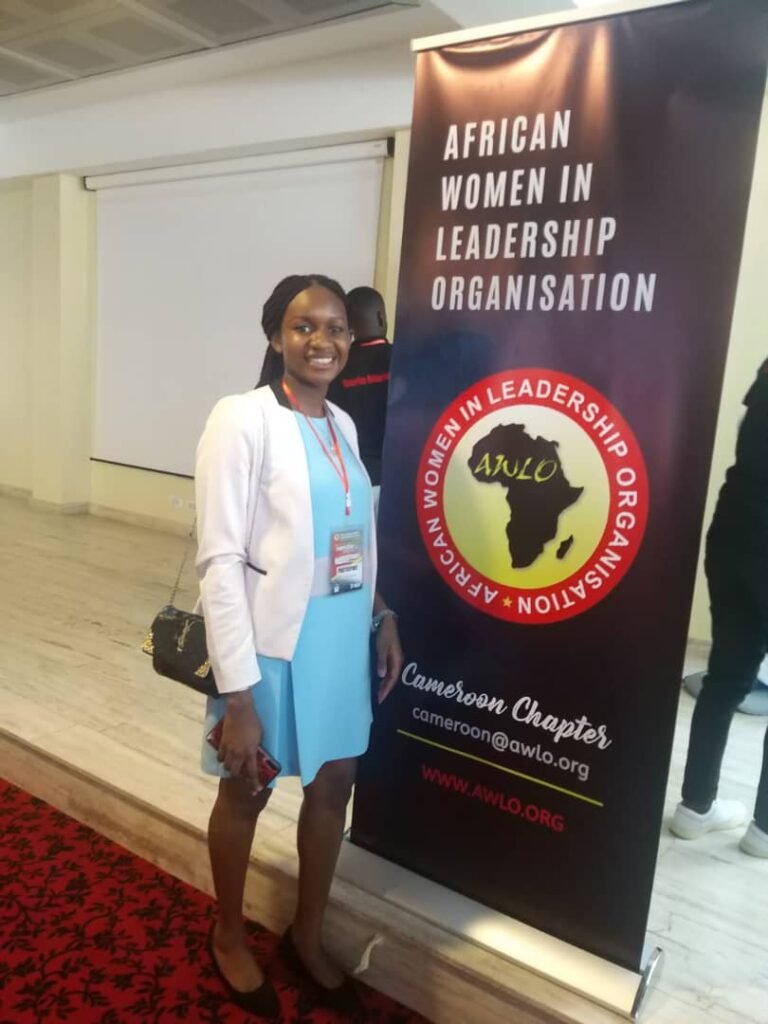 ICAD was fully represented at the symposium organized by the African Women Leadership Organisation (AWLO), which took place on August 22nd 2020 at Djeuga palace, Yaounde – Cameroon under the theme “Women Leaders Working Together to Achieve Innovative Performance”. Ms Jioda’s participation was imperative, as she aspire’s to be a continental level female leader. She proactively participated in different discussions and open panels, where she shared her experiences over the years as a local female leader and a climate change activist. In this light, Ms Jioda amalgamated with other female bigwigs and renowned female leaders  such as, Pr Uphie Chinje – Rector of the University of Ngaoundere and Wellisane Mokwe Nkeng – Diplomat, Journalist, just to name these.

This unique opportunity scaled Ms Jioda’s network and scope of influence, coupled with the fact that she was assigned a mentor. Ms Jioda was equipped to replicate the leadership lessons learned during the AWLO within her milieu of action (Dschang), but most importantly within her organization (ICAD). In this light, Ms Jioda intend to organize capacity building workshops under the auspices of ICAD to train at least 50 other female emerging leaders, by December 2020; a pledge reflected on her slogan…

“I am JIODA ORNELA , YES I CAN BE A WOMAN LEADER”