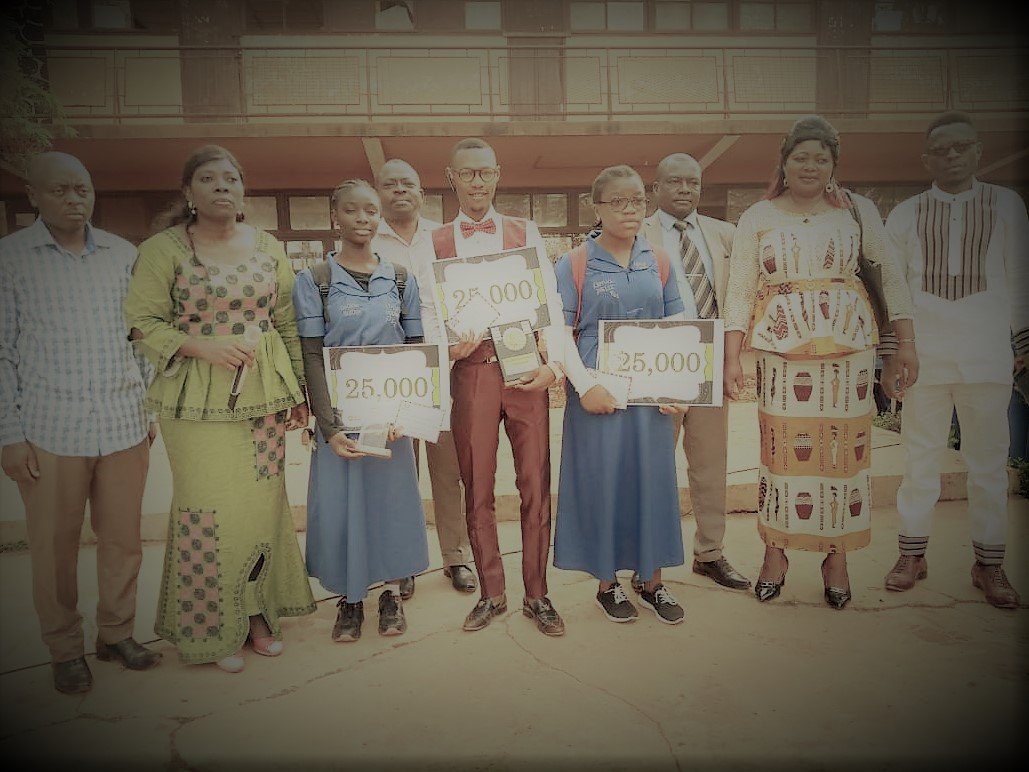 presented in front of a mammoth crowd.

Over 3000 students of Lycee Classique witnessed the unique ceremony, where the school authorities solemnly presented the winners of the ICAD-Commonwealth Creative writing award, which took place during the Commonwealth day on 09 March 2020. The aim being to motivate other students to be proactive.

This act of replication and climate action awareness is actually what ICAD wanted to achieve… ‘taking Cameroon’s INDC, PES and REDD+ to the upholders of the future. With this, we have officially scaled our tentacles to reach out to 3000 other young persons.

The Most Creative Minds in Lycee Classique-Dschang.

Join Us for more opportunities